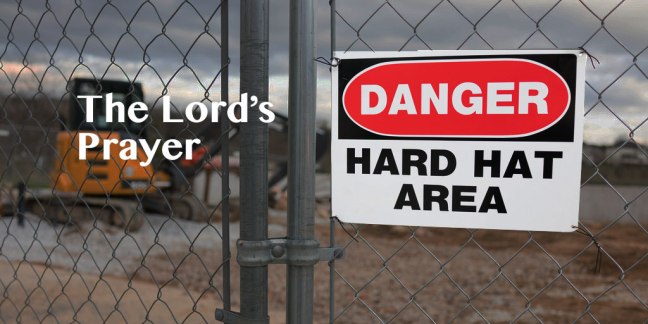 I warned those of you who were here last week in my sermon that the prophet Hosea gets really dark this week. I almost felt like we should have placed a disclaimer above the First and Second Readings: “The parish leadership has rated this Sunday as PG-13.” I talked at length last week about the reason that prophets use these words. They’re trying to wake us up. They want us to see the injustice in our world, to take off our blinders. Then there’s Paul’s letter that is really about debunking ethnocentrism and telling Christians that EVERYONE is welcome to follow Jesus, but I won’t blame you if his choice of metaphor is a distraction. “Spiritual Circumcision” doesn’t really work for postmodern ears. Alright, that’s enough on the first and second readings. See when the word “whoredom” comes up three times, or the epistle gets tied up in historic knots about human anatomy, the preacher has to address the scandal. Consider it addressed. Now we’re going to leave aside all the “whoredom” and the “circumcision.” I’m going to spend the balance of my sermon on the Lord’s prayer.

If you were asked to “give a summary of the Christian faith on the back of an envelope, the best thing to do would be to write the Lord’s Prayer:” advice from Rowan Williams, former archbishop of Canterbury. More than any creed, more than any book of theology, this simple short prayer expresses the fullness of Christian faith.

I’m struck by the disciple’s request. “Jesus, teach us to pray.” You might expect a complicated response. We tend to make spirituality out like it is some complicated topic. I’ve heard Christians tell me, “I can’t pray. I don’t have a degree in theology.” Sometimes I think we imagine Jesus responded, “It will take you years to learn to pray.” But he doesn’t. That’s not the Gospel. For Jesus prayer is simple. These words of the Lord’s prayer, these simple words, are the backbone of all Christian prayer. Spirituality is simple, not just for experts. Little kids can pray. Just say the words Jesus taught you, and go from there.

I suspect like many of you, I learned the Lord’s Prayer in Sunday School. Each week we sang a song about thanking God for creation. I remember there was a butterfly who thanked God for her fine wings, a fuzzy wuzzy bear who thanked God for his fuzzy wuzzy hair. I don’t remember all the words to the song. I do remember all the words that we prayed after the song because we prayed what Jesus taught: “Our Father, who art in heaven, hallowed be thy name. Thy kingdom come…”

The words we have today come from Luke’s Gospel, and they’re not quite the familiar words that I memorized in Sunday school. The Lord’s Prayer we say here at Holy Communion is based on Matthew’s more developed poetic version. Luke’s version is even simpler:

“Father, hallowed be your name.

Give us each day our daily bread.

And forgive us our sins,

for we ourselves forgive everyone indebted to us.

And do not bring us to the time of trial.”
That is a short prayer. I’m going to shorten it even more. I think everything beyond the first two lines is really just commentary on those first lines. Asking for our daily bread, forgiveness of sins, remembering that we also must forgive our debtors, asking that our faith not be tested, these are simple requests. They all flow from the assertions made in the first two lines. This morning I want to take a closer look at these two lines of the Lord’s prayer: Father, hallowed be thy name. Thy kingdom come.

Father: Of course as Julian of Norwich wrote in the 14th century: “As truly as God is our Father, so truly God is our Mother.” The importance of this address is not in the gender, but the parental familiarity, the informality. Traditional practitioners of the Jewish faith at the time of Jesus were apt to start prayers with long formal addresses to God. “Blessed are you Lord God, King of the Universe…”and they’d go on from there. This is the difference between someone calling upon “The rector of Holy Communion, the Rev. Father Michael Richard Angell, Master of Divinity, Reverend Sir.” or saying, “Hey Mike.” (I much prefer the second). Jesus uses the familiar for God, which would have been scandal to his contemporary rabbis. As such, Jesus intimates that God is close to us, very close to us, closer than our own breath (As Thomas Merton said). Prayer is simple because God is accessible, available in every moment, familiar. You just have to knock. Say some simple words. Ask and it shall be given unto you.

Hallowed be thy name: this may seem like a throwaway phrase. Why would we ask God to keep God’s own name holy? God doesn’t need to keep God’s name holy. We do. Because if we do not keep God’s name holy, we keep something else holy. The writer David Foster Wallace once spoke to the graduates of Kenyon college. I’ve read the quote from this pulpit before, because it is good advice. Here are the writer’s words to some graduating seniors:

“in the day-to-day trenches of adult life, there is actually no such thing as atheism. There is no such thing as not worshipping. Everybody worships. The only choice we get is what to worship. If you worship money and things, if they are where you tap real meaning in life, then you will never have enough, never feel you have enough. It’s the truth. Worship your body and beauty and sexual allure and you will always feel ugly. And when time and age start showing, you will die a million deaths before they finally grieve you.”

Foster Wallace goes on to list several other things that people in our day worship. Power, intellect, the list goes on. He finishes with this sentence: “the insidious thing about these forms of worship is not that they’re evil or sinful, it’s that they’re unconscious. They are default settings.” Father, Hallowed be thy name. The line takes us out of the default settings. “Father, hallowed be thy name.” When you pray, Jesus taught his disciples, you put God above all else, you re-order your universe around God. You re-prioritize God above all else.

Thy Kingdom Come. I once attended a lecture by the great Peruvian theologian Gustavo Gutierrez, who said this was the most frightening line in all of scripture. Gustavo said our prayer these days was not “thy kingdom come.” Instead, our prayer today is often, “Our Father, who art in heaven, STAY THERE!” Stay there. We’ve got this God. Thanks for the offer. We like our kingdom just as it is. Thy Kingdom Come asks us to admit that the world as it is, is not the world as it should be.

As they say in AA, the first step is admitting you have a problem. These days we might not need as much convincing. Last year Ellis and I went up to our family’s place in the mountains of Colorado. Some of my favorite memories from childhood involve playing in the forest around our cabin. It’s still beautiful there in Grand Lake, but visiting also tugs on my heart because huge stands of trees in the forest have died. Once, green pine trees stretched further than the eye could see. Now half a mountain can be covered with the grey of dead trees. Our rising global temperatures allowed a pine beetle to lay waste to the forest. You don’t need to convince me of the truth of climate change. I’ve seen it with my eyes, and smelled it in the air. When I was a kid, my home State didn’t try to burn down every summer.

Praying “thy kingdom come” in those dead forests asks God to restore God’s rule, to bring life where human action, and human inaction, have brought death. I mention climate change partly because we’ve had such a terribly hot week, and partly because “thy kingdom come” is bigger than just our present fights. It helps to think ecologically today, and not just about the issues of race, immigration, and religion that pervade the news. I have to confess, as we straddle these two political conventions, I am tired. I am worn thin by the fog of political cynicism coming from both sides of the aisle. In the words of Stephen Colbert:

“Cynicism is a self-imposed blindness, a rejection of the world because we are afraid it will hurt us or disappoint us. Cynics always say no. But saying “yes” begins things. Saying “yes” is how things grow. Saying “yes” leads to knowledge…So for as long as you have the strength to, say “yes.”

Thy Kingdom Come asks us to say “yes.” Jesus’ Kingdom was not the Law and Order of Rome, but freedom, justice, mercy, and wholeness for all of life. Can you imagine that kingdom? Can you imagine such a place? Can you imagine a world where ALL people hear “yes”, where all people feel welcome? Rich or poor, straight or gay, woman or man, cis gender, trans, black, white, brown, every skin color in between. Smart, not so smart. Athletic, not so athletic. God imagines a world that welcomes all. God says yes. Thy kingdom come involves us in saying a deep and hopeful “yes.” I once heard an Episcopal priest say we should put on hardhats when we say “thy kingdom come.” I’m not sure if the hardhats function to keep us safe or to identify that we are working. Probably both.

Father, hallowed be thy name. Thy kingdom come. I have been praying these words since I was a little kid in Sunday school. I suspect you have too. These are the words that have been prayed at the greatest celebrations in the most glorious Cathedrals in Europe, and they have been prayed in the muddiest fox-holes at the most trying times of human existance. These words are prayed every time an airplane takes off. The Lord’s prayer is prayed before middle school tests, and by people facing difficult diagnoses. These words of prayer are words of solidarity with Christians across the planet from every walk of life, and words of solidarity with followers of Jesus across time and eternity.

Father, hallowed by thy name. Thy Kingdom Come. These simple words stick with us. They tell us that prayer is not only for experts. Jesus’ prayer reminds us that we are loved by a God who is familiar to us. These words ask us to return to God, to hold God’s name holy above all else, and these words invite us to become involved in God’s work. They invite us to say yes to God’s hopeful vision for our world. If you are presented with the back of an envelope, I wouldn’t start with this bit from Hosea or Paul’s letter about circumcision. I know no better summary of our faith than the Lord’s Prayer.