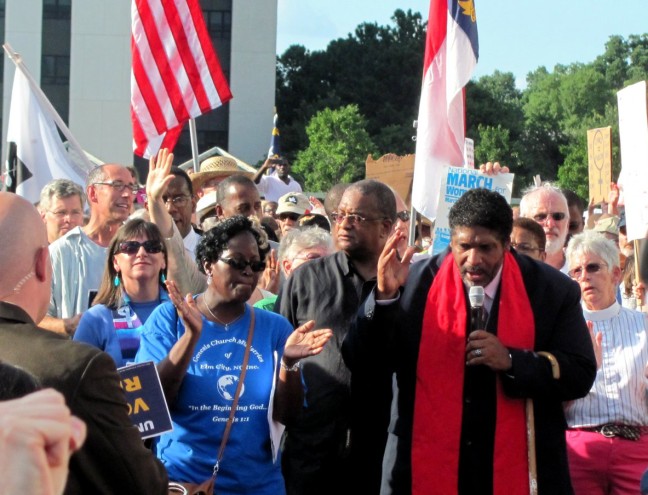 This week at staff meeting, when we were proofreading the assigned Bible texts in the inserts, the Rev. Marc Smith did what I just watched a number of you do. When we got to the Gospel reading, he stopped paying attention to the text, and scanned down to check who was preaching. I’m sure his thoughts were, “Oh thank God, it’s not me” then he had compassion and said, “Oh Mike, the Bible, I’m sorry…”

Today’s readings are challenging, but I want to ask you not to give up. You have to do a bit of wrestling with these readings, and that’s good for your soul. To be a Christian is to wrestle with the Bible, that has always been true.

These teachings are from the less popular second half of the sermon on the mount, after the more beloved “blessed are the peacemakers” bit. Jesus’ preaching in this section of Matthew is challenging. I’m not going to be able to unpack the whole Gospel today. I will touch on just a couple of particularly difficult moments: Jesus’ teaching on divorce and adultery. I want to spend time with these because they illustrate what I would consider an overall theme of Jesus’ sermon on the mount, and because they are touchstones in our culture’s conversation.

In this section of the sermon, Jesus is talking about morality. The word is also difficult: “morality.” That word is difficult because the word has been loaded. For too long “moral” has been narrowly defined by a narrow group of Christians. As The Rev. Dr. William Barber, founder of the Moral Mondays coalition says, “We cannot let narrow religious forces highjack our moral vocabulary, forces who speak loudly about things God says little about while saying so little about issues that are at the heart of all our religious traditions: truth, justice, love, and mercy…the movement we most need—is a moral movement.”

I would venture that in this country too often we have allowed a substitution. Too often we have allowed “moralism” to take the place of “morality.” There’s a big difference. Morality involves an inward look. If I am really talking about morality then I’m talking about teachings that ask me to examine my conscience: to evaluate my thoughts, my behavior, and their consequences. Morality looks inwardly. Moralism looks out and looks down.

Moralism comes from a place of assumed superiority, and looks down on the behavior of others. Practicing moralism in place of morality is dangerous, it leads to folks policing the speck in a neighbor’s eye while ignoring the log in their own. I would venture that we, in America, we in American Christianity have survived several decades of moralism in the name of morality. Don’t be fooled. We still need morality. We could use a lot less moralism.

With that distinction, let’s talk about divorce.

The New Testament Scholar Amy Jill-Levine from Vanderbilt notes that Matthew is more permissive than Mark, the earlier Gospel. Matthew allows divorce on the grounds of unchastity, Mark does not. Levine wonders whether in the years between Mark and Matthew, in those 30 years or so when the Messiah had still not yet come back, folks needed a little more leeway, and so Matthew may have been trying to give them some room. Marriage is always changing, Levine says.

Our understanding of marriage has changed, thank God. We do not view women as property, as they did in the time of Jesus. Arguably that understanding of marriage only really changed when women’s right to vote was recognized. Marriage continues to change. Our church now blesses same gender and mixed gender marriages. Don’t we need to reinterpret how we see divorce as well?

I’ve been ordained almost a decade now. Long enough that some of the marriages I blessed have ended. I don’t think that any couple I have married came up to an altar expecting to get divorced. I think that people make their vows with all of the best intentions, but sometimes we can’t fulfill even our best intentions. I have known some very good marriages, and I have known some very good divorces.

Sometimes, sometimes, I know, divorce can be life-giving. Going through a divorce tends to be awful, but often the former partners find life on the other side they could not have found in their marriage. So I say, I have known some good divorces, some blessed divorces. I’ve known relationships where the moral thing to do was to be honest, to mourn the loss, and to allow the marriage to end.

What couples who have been divorced do not need is moralistic Christians telling them they are sinners. Speaking up and saying, “this isn’t working. This is over” takes courage. Ending a partnership, dissolving a marriage, distributing assets and debts, figuring out how to continue caring for kids, if there are kids, that’s a heavy load.

We tend to treat divorcing couples like toxic sludge. Wouldn’t the moral thing to do, the Christian thing, wouldn’t it be to lean in, to bake casseroles, to set up playdates, to help folks know that they are still loved, still supported? Wouldn’t that say more about the God we believe in, “whose property is always to have mercy,” as the prayer book tells us. Wouldn’t embrace be more moral than judgement?

As a community, as a culture, we often fail folks who are going through divorce. Folks go through one of the most vulnerable experiences of their lives, and church and people of faith are not a source of comfort but rather a source of moralistic judgement. And we wonder why the church is shrinking.

But here’s the even more difficult bit. The moralism is really a defense mechanism, isn’t it? The judgement is meant to wall out the questions being raised. When a couple with whom we are close divorces it tends to raise questions for us, about our own relationships, about our own capacity for love, about our own sexual lives. And if a couple divorces, and we know that the divorce is healthier than the marriage, well that might cause us to question our dogmatic understandings of marriage. We better build a wall. We better draw some lines in the sand.

But that is the opposite of what Jesus is doing in this sermon. Jesus is tearing down the whole infrastructure of narrow dogmatic thinking. Jesus is ripping out the baseboards. So as long as we are talking about sex and relationships today, let’s look at the shocking words Jesus says about adultery.

I went back and read this week the famous interview that then-candidate Jimmy Carter gave to Playboy Magazine in 1976. I may be the one person you can believe when he tells you that he “read Playboy for the articles.” You can get the whole interview online, and you don’t have to verify you are over 18, though it is hosted on playboy.com, so be careful if you go to read it at work.

In the interview, President Carter famously quoted Jesus in Matthew’s Gospel. He said, “I’ve looked on a lot of women with lust. I’ve committed adultery in my heart many times…” That is the line everyone remembers from the interview, partly because it appeared in Playboy Magazine, lust in print, at least for some.

Carter’s interview was remarkable. President Carter goes on to say, “this is something God recognizes I will do and God forgives me for it.” Carter also says that the point Jesus’ teaching on adultery is to help folks know that the playing field is level. Whether you’ve had an affair, or twenty, or you’ve been technically faithful while still lusting in your heart, we are all sinners. We don’t get to judge. Judgement is for God, and God is forgiving, the soon to be president reminded us.

I agree with Jimmy Carter. God is forgiving. And what Jimmy Carter gets, what is clear across the Playboy interview, what I think Jesus is working through the length of this section of the sermon on the mount is this: motives matter, and having an honest assessment of our motivation matters.

The interview doesn’t end with Jimmy Carter’s confession that he has sinned, though that’s what everyone remembers. The interview ends with a reframing of what that up until then has been dominated with adultery and sex. Carter says that because of his faith, because of his understanding of Christ’s teaching, because he knows that he is not perfect. Because he knows he will fall short he says, “I don’t think I would ever take on the same frame of mind that Nixon or Johnson did—lying cheating and distorting the truth.”

If you have to be right. If you have to prove that your way was correct. If your motivation is to show that you are successful by showing others are not, then you are prone to distort the truth. Because the truth is that we all fall short sometimes. We all are vulnerable. So we can either acknowledge our vulnerability or live with dangerous delusions.

We need more of that kind of morality. We need leaders willing to admit their faults, and who are willing to make a change. I am with Dr. Barber. I believe we need a moral movement in this country. We do. And like Dr. Barber, I know the last thing we need is a narrow moralistic movement, an excuse to judge and exclude others.

I was listening to a recording of the late Professor Vincent Harding, theologian and civil rights leader this week. He talked about how part of the power of the Civil Rights movement could be expressed in the hymn “this little light of mine.” He said that hymn expressed the hope of the movement, not to tear down anyone else, but to recognize the God given rights, the God given light of each person. Each person had to look inwardly and then let their light shine out.

If you let him: